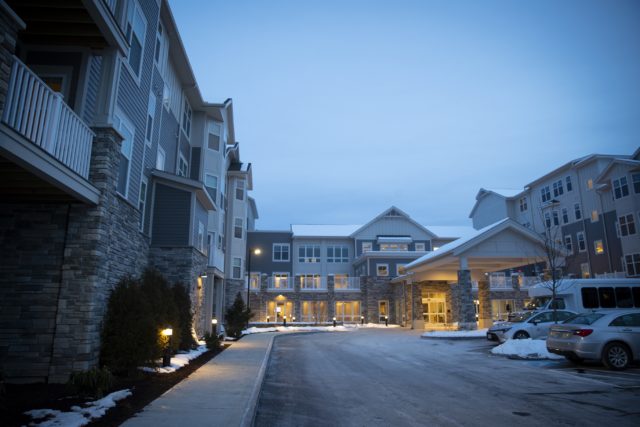 “Before the first shovel had even broken ground, we sold out in 29 days, which is a national record,” said RiverWoods Group’s Cathleen Toomey, vice president of marketing.

RiverWoods Durham is part of the largest family of nonprofit CCRCs in Northern New England along with Birch Hill in Manchester and RiverWoods Exeter, which celebrated its 25th anniversary in 2019.

“What distinguishes CCRCs is the range of available living options,” said Justine Vogel, CEO of RiverWoods Group. “Residents join the community while they are still independent with the option to transition to higher levels of care if they are needed in the future.”

RiverWoods Durham is also the first community built by RiverWoods Group outside Exeter.

“Since opening, excitement remains high as residents continue to move in,” said Toomey, who added they now have a wait list of 100 that is still growing. “We are thrilled at this interest.”